Man is the measure of all things. He forms the bedrock of any society, and his nature determines the state of the society. It is paramount for the individual to be developed if a nation is to achieve sustainable development. This is because without first solving the problem of the individual, it is almost impossible for any nation to develop. 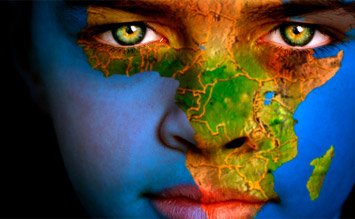 Individual development is the foundation of a nation’s development; and no nation will prosper if the individuals that constitute it are not developing. This fact is analogous to a machine which parts are faulty. It is obvious that the overall functioning of such machine will be hampered to the extent which depends on the role played by the faulty part. That is, if a vital part is faulty, the overall functioning of the said machine will be thoroughly weakened.

Juxtaposed, this will imply that the extent to which an individual can affect a nation depends on the position occupied by such individual. It will be rare for a society to experience development if her top leadership positions are occupied by underdeveloped individuals. The reverse will be the case when leaders are developed.

Unfortunately, the absence of individual development has proven to be the cause of Africa’s underdevelopment. Most African leaders lack the intellectual integrity and the moral courage to live up to expectation. They are ruled by their appetite rather than by reason. Once in power, they gradually begin to nurse the hope of staying there for life. Many African leaders impugn on the fundamental rights of the citizens and eventually become dictatorial. It is apparent that the gales of looting and corruption in the continent is as a result of the absence of character (spirited will) in leadership.

A leadership that is individually developed will place the interest of the people above that of the self. It will have a proper understanding of the dynamics of the continent’s underdevelopment in a rapidly globalising world. Such leadership will put in place measures anchored on democratic tenets – in which the people chart a course of economic recovery. It will frown at corruption. This is what Africa needs.

It is more than two decades since pro-democracy grassroots organizations led struggles that eventually resulted in the overthrow of... read more

As I celebrate my birthday today the 16th of December the people of Libya, Ethiopia, Sudan and all other... read more